Nervously walking to the Music Room, I had butterflies in my tummy because the day was the day we show our performance to a live audience from Glen Brae School.

As I got dressed into my costume which was my troll one I felt so scared because I hadn't performed in front of the other schools during my school times. There I was walking to the school foyer thinking how many people were in there.

"The shows about to start" said Ms Tito Lewis in room 14 went around saying to people especially me because I was standing to him. The 2 MC's were Sione and Jordan after they said "they everybody its show time!" the music started to play we all walked in straight away I saw a person from church she smiled me then I smiled back.

As we started to sing I felt a little shy, but I got use to it and dance as hard as I could.  The song was nearly over I couldn't wait to put my hands in the air and wriggle them around.
First up was the Rats which were called 'PIED PIPERS' they were first up we could hear wonderful music playing from the hall it sounded like soft melody that parent of sang to us when we were cute little babies.
Following on from that was the transformers.  There music was so loud we could easily hear it from the Music Room.  During there dancing The Ugly looking trolls I was part of went up there costumes looked awesome  especially Jacobs and Bobbi-Graces they are both very talented dances.
It was time for the ugly 'TROLLS' They danced to thriller By Michael Jackson it was so cool how there reaction looked like actual trolls gliding across the stage with there legs looking like it was beginning to come off the crowed was going wild  when we stomped like a whole bunch of Elephant running away from danger.
It was time for something completely different, it was the beautiful SNOWFLAKES.  There performance was wonderful I was in line 2, NO.6. We danced to The sugar plum fairies.
There was lots more to that!.  The show was nearly over I felt so excited for the ending because I really like how we wriggle our arms in the air.  Then Mr Music J would say who was dancing or were in each performance and we would all bow.
It was time to go home, that night was successfully done. I couldn't wait for the other 2 night to come. IT WAS AWESOME!
THE TOY SHOP ON ZIP ZAP AVENUE !!!!
By Latu
Posted by Room 17 Student at 12:50 PM No comments:

I'm looking forward to the Production it will be cool to see alot of people there to see our performance and to see everyone doing there hardest in Acting,Dancing or maybe just standing there like statues. All the practice we have done to perfect our production will be worth it.

I sure hope our audience will like it and I'm looking forward to seeing their faces light up as they watch and have a scary face as well when the watch the trolls come out.
I am in the Robots and the Trolls so I am going to do my hardest and smile alot to make the dance really cool.

So check this out - I forgot to say I'm a Barbie too! We filmed that dance earlier last week.
Here's a taste of what you can look forward to.

The Most Glorious Assembly 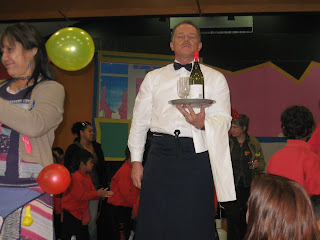 What a great start to the term we had. As I walked into the assembly there were two barbecue boys cooking sizzling sausages, lollies flying through the air, and teachers dawdling around showing off their costumes.
We were back at school on Monday the 12 October where on the first day we always have an Immersion Assembly. This means all our teachers dress up in fancy or crazy costumes to get us into the topic. This term our topic is called 'FOOD GLORIOUS FOOD'.
The first thing I noticed was the barbecue boys. They had been cooking delicious sizzling sausages and charcoaled chicken earlier that morning. Sitting down my mouth was drooling hoping I'd get one. Lucky Latu came and gave me a juicy fat sausage. This was a most unexpected start to the day.
The highlight of this assembly for me was team 4 ,Mrs Nua was the best! She was dressed as Santa Claus she also had a sack that she was walking around with and scrambling lollies around the hall.
Leaving the hall I was thinking there's going to be another great term coming our way. I also hoped there's going to be alot of cooking because of our wonderful topic 'FOOD GLORIOUS FOOD'.
By Vaha
Posted by Room 17 Student at 10:43 AM 2 comments: 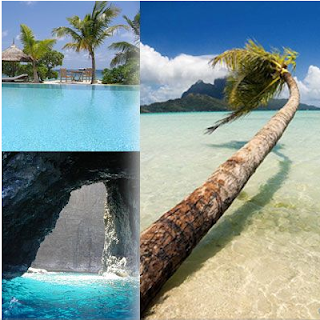 I LOVE the Islands because they are LOVELY and also stunningly BEAUTIFUL. The Islands make me think of my home country SAMOA but right now the pictures that are going through my head are of the Tsunami, because a few weeks ago the Tsunami hit Samoa and also TONGA which was really sad. But luckily my Mum and Dads side of the country didn't get hit because their Village was on the other side of the big hill.The worst Villages that I have heard of that got hit by the Tsunami was Lalomanu and Poutasi Beach. My Mum was really sad because my Aunty was having a vacation near the beach and she was held up by the Tsunami!!!! We were all very thankful when she returned back safely.
I really hope that other people who have lost family and friends are all safe and coping with this tragedy.
By Mauina

The Barbies from Uptown St!!

The Barbies From Uptown St!! 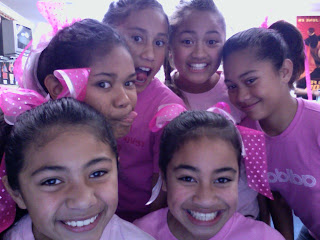 I grabbed my bag that was with my costume and placed it in my arms and went to the toilet's to get changed. I was feeling pretty excited at this point.

When we got back the first thing we did was take pictures in photo booth. We took a few pictures before we started. Coming through the ICT room was Mrs Flavelle, so Mrs Tele'a asked her if she could put make up on each and everyone of us (even the boys!).
It was time for filming I said to Helen "ooh I've got butterflies in my tummy."
As soon as we got in Henry and I along with everyone else had to stand in our places.
Mr J finally got around three angles filming in different spots and now it was the time where he did close ups to everyones faces. Finally it wa over and done with. Out of all the takes it was 1-8 takes.
I would like to give a big thank you to Mrs Samuel's who came and took some time off and came to teach us the Uptown Girl Dance!!

Room 17 have been thinking and reflecting... 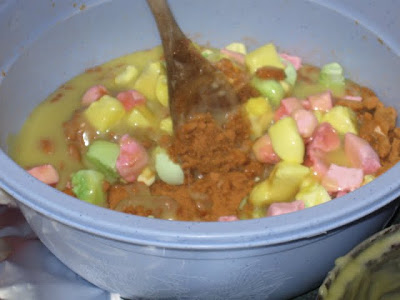 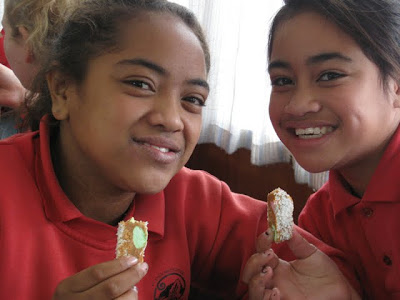 Tsunami that hit the Islands of TONGA AND SAMOA

On the 30th of September 2009 something HORRIBLE happened- there was a Tsunami in Tonga and Samoa. Back here in New Zealand we waited anxiously as so many of us have family in the Islands.

People from Samoa and Tonga moved to higher ground and at first we heard there were no injured people but we knew the enormous Waves would have created huge damage.

Unfortunately, in Tonga six people were confirmed dead, and four are missing following the waves which have also caused much damage.

Samoa was hit as well with six to eight metre waves
on the South Coast early on Wednesday - this was during
our school holidays.

To all of those people who survived the Tsunami in Tonga and Samoa I would like to say
thank you for being brave and strong. By Feki

To my family and my village in Samoa I would just like to say I hope you are safe
and have had your offering. Nathaniel

I hope you are all safe now in SAMOA AND TONGA!!! by Tamati

I feel sorry for the people that died in Samoa and Tonga.
My village in Samoa is important to me because my family are
there and I love them so much and care about them
and that's all I have to say.
Fa soifua by Henry.
Posted by Room 17 Student at 10:43 AM 2 comments:

This blog is now an archive of learning from 2008 and 2014. Comments have been disabled.

We are a class of very talented Year 7 and 8 students at Pt England School. So watch this space and see what we've been up to on our learning journey. 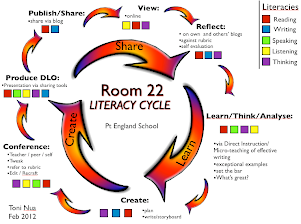